When it was time to update the obsolete distillery automation system Rockbrook were enlisted to design and deliver the technology to make the process more efficient, user friendly and allow the capability for expansion.

Cooley Distillery is an Irish whiskey distillery on the Cooley Peninsula in County Louth, Ireland. The distillery was converted in 1987 from an older potato alcohol plant by entrepreneur John Teeling. Since 2014 the distillery is owned by Beam Suntory and produces the popular Kilbeggan, The Tyrconell and Connemara whiskey ranges. The original Distillery was run on a Texas Instrument PLC based system since its foundation in 1987 so Rockbrook were enlisted to replace this obsolete distillery automation technology in order to make the process more efficient, user friendly and allow the capability for expansion.

The project required us to provide an automation system design including server redundancy, OT network design, control panels design, PLC and connection of the existing plant to the new control system. We designed and delivered a state-of-the-art SCADA control system based on Siemens S7 PLCs and Siemens WinCC SCADA. This robust and fully supportable control system facilitates reliable plant production and allows for expansion of the system in the future.
We also designed a complete industrial networking solution which includes an IT Rack, KVM extenders, Industrial Ethernet, Profibus DP, Profibus PA Ex and Profibus PA Non Ex Rated Areas. All new instruments are connected to the control system over Profibus PA, this reduces wiring costs and provides more detailed information from each instrument. All I/O has been connected using remote I/O stations which also reduces wiring costs.

This project was successfully delivered while minimising production downtime. 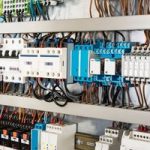 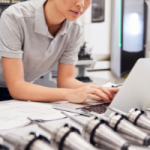 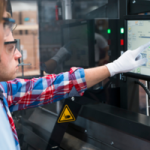